NEOGEO's masterpiece games are now available in the app !!
New
0/5 No votes
Report
Developer
SNK CORPORATIONVersion
1.1.0
Updated
Sep 13, 2022Requirements
4.4
Get it on

The SAMURAI SHODOWN V ACA NEOGEO app now includes all of the classic games that made the company famous.
In addition, during the past few years, SNK has formed a strategic alliance with Hamster Corporation in order to port a significant number of the NEOGEO’s most iconic titles to more up-to-date gaming platforms in the form of the ACA NEOGEO series. The level of challenge and visual style that NEOGEO games offered back in the day may now be replicated on smartphones using the various screen settings and features. Players can also take use of internet features such as online ranking modes by playing online games. In addition to that, it facilitates pleasant gameplay within the app by providing services such as instant save and load, as well as virtual pad customization. Please make the most of this opportunity to appreciate the works of art that continue to garner support in the modern era.

[Introduction to the Game] The fighting game SAMURAI SHODOWN V was initially released by SNK in the year 2003.
The roster of twenty-four warriors has been expanded with the addition of Yoshitora Tokugawa, Mina Majikina, and others.
Sword Gauge and Concentration One are two of the newer available systems, and both of them allow for even greater sword-swinging action. [Recommended Operating System] Android versions 9.0 and higher

NEOGEO's masterpiece game is now available in the app! 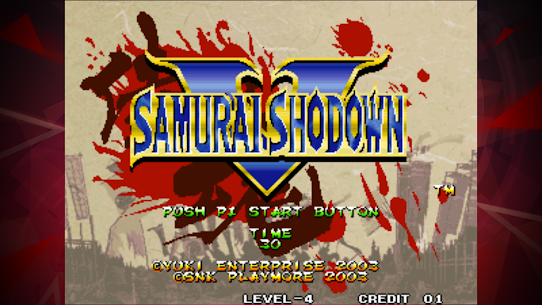 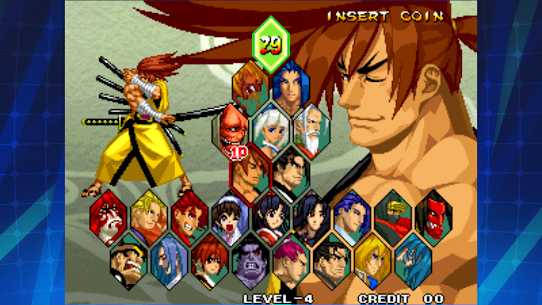 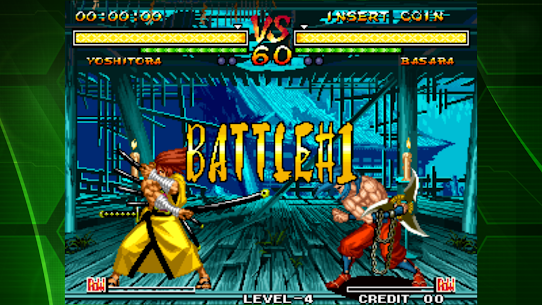 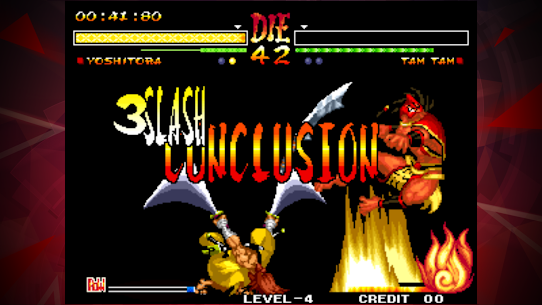 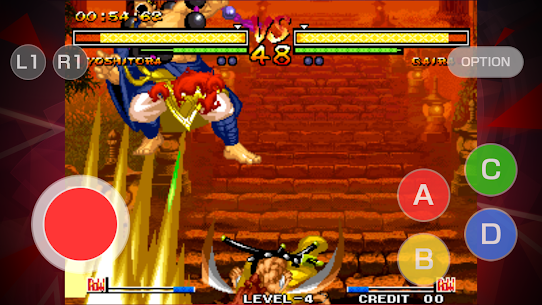